Defying reality, NH Democrats are trying to divert the blame for escalating energy costs away from the true guilty party. Federal Democratic legislators and President Biden are the real cause of the fuel shortages that continue to drive up the cost of heating your home, driving your car, and escaping darkness.

The equation is simple: when supply goes down while demand remains the same, prices go up. Federal energy policies that restrict the supplies of natural gas drive up its cost. Natural gas prices dictate the cost of electricity in our region. State energy policy plays no role in that calculation. 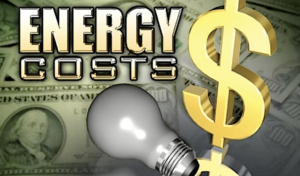 Likewise, when federal government policies discourage the investment needed to tap new sources of oil and gas, their supplies dwindle, and their prices increase. For the 40% of NH residents who still use oil to heat their homes, costs push relentlessly upward. Oil supply also affects the price of gasoline and the cost of driving to work. Only an increase in the supply of oil provides relief from this price volatility.

The litany of anti-fossil-fuel policies fostered by the Biden administration and the earlier Obama administration continues to grow. A short list includes:

Add to that the 5% drop in refinery capacity caused by government preference for ethanol production and the shortage of essential fuels can only get worse.

Lawmakers in Concord passed legislation in September that used surplus funds accumulated from responsible fiscal and executive governance to provide a measure of relief to beleaguered utility customers. Republican Legislative leaders created this response to disastrous federal energy policy to give NH citizens some budgetary breathing room this winter. Whether and when costs come down will depend on a change in national energy policy and a return to normalcy in geopolitics.

Here in NH, the recent increase in electricity cost pales in comparison to the spikes that plague other New England states. National Grid in Massachusetts recently announced a rate hike of 77%, with costs jumping to 34 cents per kilowatt hour. NH rates, while higher than a year ago, fall 10 cents below this level. The higher rates in our neighboring states result directly from state policies that promote energy efficiency and renewable energy.

NH utilities make no money on the sale of electricity. Instead, they make money on its delivery to your doorstep. An energy marketplace, administered by the quasi-governmental ISO-New England, determines the regional cost of our electricity. This complex market calculates a cost for generating electricity that also includes charges for ensuring its reliability.

State policies add a small but significant contribution to the cost of the delivery of electricity. The 15-year-old renewable portfolio standard (RPS) provides subsidies to encourage the development of wind, solar, biomass and other renewable resources that can deliver electricity to the grid. These subsidies cost the average ratepayer $2 to $5 a month. The Systems Benefits Charge (SBC) you see listed on your electric bill funds ratepayer-assisted energy efficiency programs that the electric utilities administer under the banner NHSaves. The SBC adds another $2-$5 to your monthly bill. Another state program called net metering adds 1%-1.5% in shifted costs according to a recent study from the state department of energy.

While energy generated by water, sun, and wind might seem inexpensive since the “fuel” costs nothing, the apparatus to capture and convert those natural resources are often astronomical. Recent research by Robert Lyon of the Friends of Science Society reports that “renewable energy plant costs are still multiples of what natural gas plants would cost; onshore wind plants are 4.6 times, offshore wind plants are 12.3 times and large-scale photovoltaic plants are 14.1 times as expensive as gas plants.”

The fuel remains the only cheap thing about renewable clean energy. As John Costable of the Global Warming Policy Foundation explains, “Moreover, transforming sunlight and wind into grid electricity requires turbines and photovoltaic panels, themselves complex and expensive states of matter…. That makes renewable energy intrinsically expensive.” That expense means that replacing the Seabrook nuclear plant with solar power would require 7,000 acres, the equivalent of 4,800 football fields, which would cover 11 square miles. Such a solar farm would cost over $1 billion and produce no power at night.

These realities compel state policy makers to support renewable energy in a careful and deliberate way to avoid runaway costs. Republican legislators have delivered energy policy, such as lower SBC increases, community aggregation, and municipal net metering, that mitigate cost escalation of the sort seen to our south.

In the face of reckless federal energy policy, it becomes imperative that Republicans continue to minimize the impact of costly state policies.